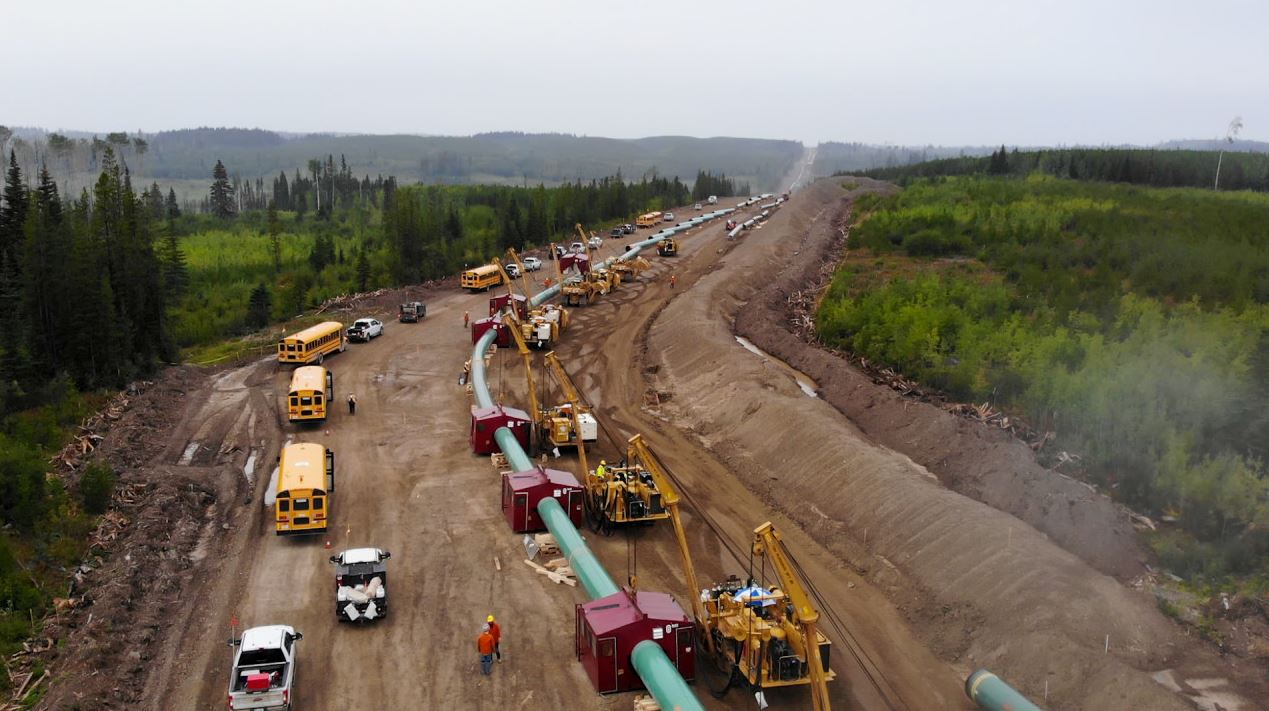 TC Energy’s Coastal GasLink project, which will supply natural gas to the Shell-led LNG Canada export terminal, is moving forward with the construction of the pipeline in British Columbia in order to complete it in 2023.

Coastal GasLink said in an update the overall progress had reached 62.4 percent, compared to about 60 percent last month when it signed a stake sale deal with Indigenous communities.

It has also completed two of eight sections along the the 670 km long route.

“Completing these sections provides a solid foundation to build on as we focus on safely completing the remaining sections of the 670 kilometer pipeline as projected in 2023,” the firm said.

Coastal GasLink will move at least 2.1 billion cubic feet per day of natural gas with the potential for delivery of up to 5 bcf/d from the Dawson Creek area to the LNG Canada facility in Kitimat.

LNG Canada said in May it was reaching the 60 percent completion mark after it received a large module from China.

Also, the developer of the 14 mtpa LNG export plant in Kitimat recently appointed Jason Klein as its new chief executive and said it remains on track to deliver its first cargo by the middle of this decade.

Australian LNG firm Woodside has selected US contractor McDermott to work on its planned H2Perth project located in the...

The Shell-led LNG Canada export project continues to progress work at the 14 mtpa plant in Kitimat in order...

Shell-led LNG Canada joint venture has appointed Steve Corbin as its interim chief executive after current CEO Peter Zebedee...
Facebook Linkedin Twitter
© LNGPrime.com
We use cookies on our website to give you the most relevant experience by remembering your preferences and repeat visits. By clicking “OK, I Understand”, you consent to the use of ALL the cookies. For more information, please read our Privacy Policy.
OK, I Understand
Manage consent