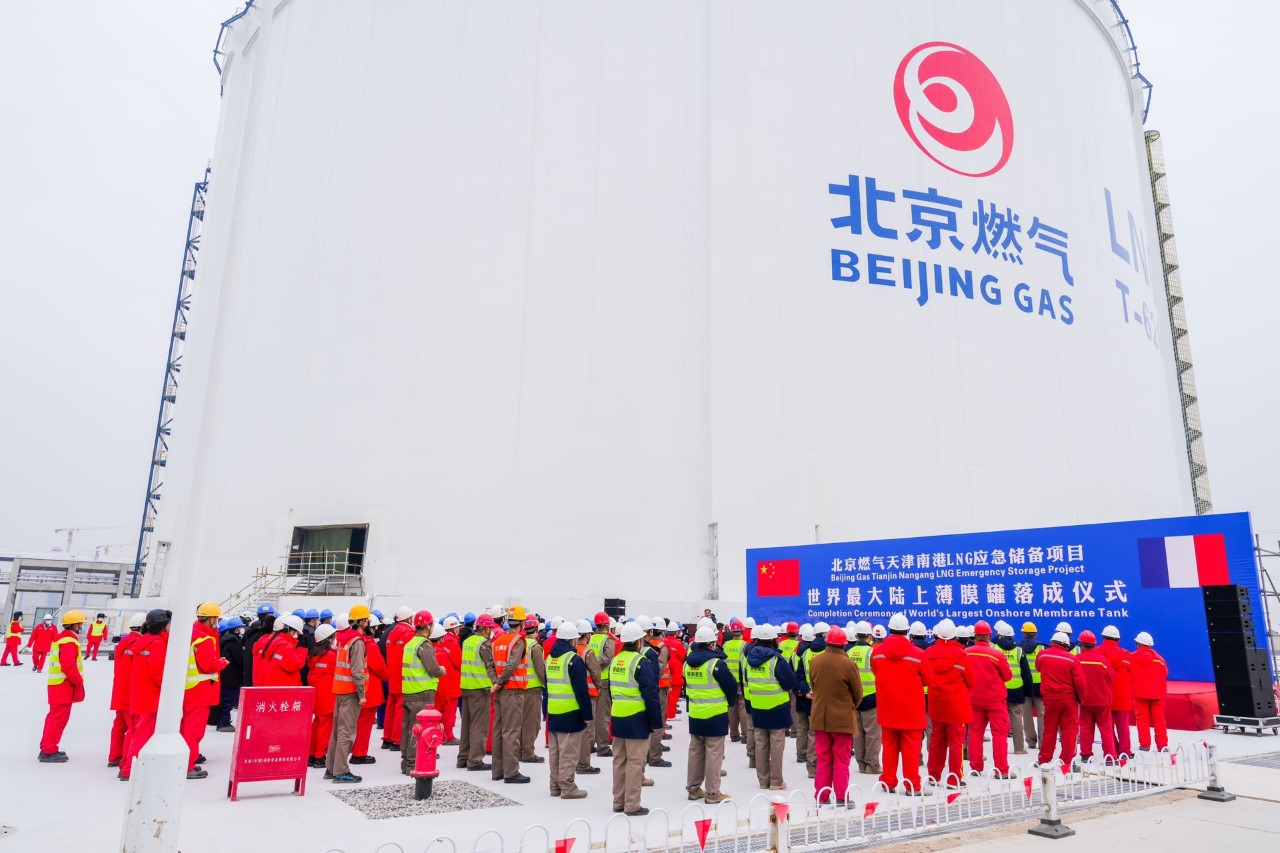 China Huanqiu Contracting & Engineering (HQCEC) has completed the construction of the two LNG storage tanks, each with a capacity of 220,000 cbm, GTT said in a statement.

These very large onshore LNG tanks are part of the agreement signed in November 2019 between GTT and the Chinese state-owned company Beijing Enterprises Group (BEG), relating to the construction of eight onshore tanks using GST technology, at the Tianjin Nangang LNG terminal.

According to GTT, the construction schedule remained on track, despite the constraints imposed by the Covid-19 pandemic.

The two onshore tanks are now entering the commissioning phase and GTT expects them to be operational in the first half of 2023.

Beijing Gas said on December 30 that it had completed the first phase at its Tianjin Nangang LNG import terminal in the Tianjin south port industrial zone.

The state-owned gas distributor is building in total ten LNG storage tanks at the facility in three phases, along with other facilities such as a jetty.

Last year, Bejing Gas completed raising the roofs on the first four 220,000-cbm LNG storage tanks as part of the first phase with a capacity of about 5 mtpa.

Two out of these tanks in the first phase have GTT’s tech.

The terminal in the Tianjin south port industrial zone will have four tanks in the second and two in the third phase, all featuring the GST membrane containment technology.

Beijing Gas expects to complete the second phase by the end of 2023 while the two tanks from the third phase should go online in 2024.

French LNG containment giant GTT has won an order to design tanks for one LNG carrier Greece-based shipping firm...
Facebook Linkedin Twitter
© LNGPrime.com
We use cookies on our website to give you the most relevant experience by remembering your preferences and repeat visits. By clicking “OK, I Understand”, you consent to the use of ALL the cookies. For more information, please read our Privacy Policy.
OK, I Understand
Manage consent