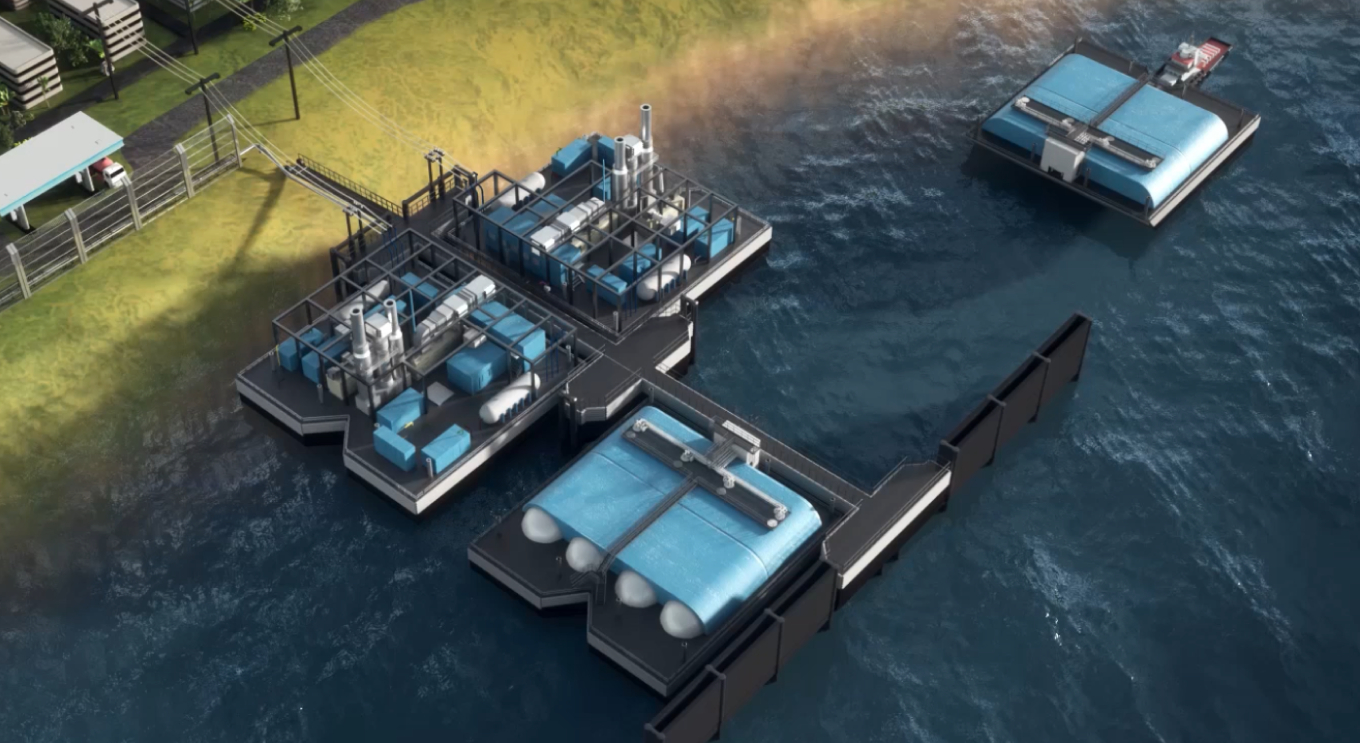 Singapore-based Twenty20 Energy said it would deploy its floating LNG storage, regasification, and power solution in 12 locations across Papua New Guinea on behalf of Pawa PNG, a joint venture consisting of Dirio Gas & Power and the PNG government.

The Power Island FSRP solution features an “innovative design” that would serve as a model for future nearshore power generation plants in coastal regions worldwide, according to a statement by Twenty20.

Also, the project will provide additional generation capacity where it is needed most.

The company’s solution consists of three components, all supported by a comprehensive LNG fuel logistics solution. These include FSRP power barges, fuel barges, and floating piers.

The power barges will have power generators and regasification equipment where power generation from gas turbines and waste energy takes place, while the fuel barges feature LNG storage tanks that supply fuel to the gas turbines with 30 days of LNG supply and form the remote fuel bunkering solution.

Moreover, the floating piers moor the barges in each of the 12 locations with “minimal site impact”, Twenty20 said.

When in need of additional fuel, the fuel barges will travel to one of the three LNG bulk storage hubs, where they will be filled up and transported back to the floating pier, it said.

The project represents what Twenty20 and PNG officials called “the most efficient and cost-effective solution to harness the country’s domestic LNG supply for powering the country, and supporting the goal of 70 percent electrification by 2030,” the statement said.

Twenty20 estimates that only 13 percent of PNG’s population have access to power, predominantly in the major cities, with electricity in remote locations typically provided by stand-alone diesel generators.

The 12 power islands will be located just offshore outside 12 cities, with three of the more strategic locations – Daru, Lae and Lihir – to also host LNG bulk storage facilities.

Also, each power island can be modified according to its growth, so as a location grows, a larger unit can be brought in and the smaller unit would be moved to a new location.

From LNG to hydrogen

Twenty20 started design of the Power Island FSRP in 2018, and has since conducted both a full engineering and commercial study, as well as an independent engineering assessment to confirm the design’s validity.

In the future, the Power Island FSRP solution can be converted from LNG to hydrogen fuel, according to the firm.

TotalEnergies and partners are also working on the Papua LNG export development.

Finland’s Gasgrid and Fortum have finalized the previously announced deal to place the country’s first FSRU in the port...

UK-based energy giant BP is expecting to launch the delayed Train 3 project at the Tangguh LNG facility in...

Australia’s Santos has reported record earnings in the first half of 2022, boosted by high oil and LNG prices. The...

ExxonMobil, Santos, and JX Nippon have signed a deal with the Papua New Guinea government on the stalled P’nyang...

Papua new Guinea-focused Oil Search said its revenue more than doubled in the third quarter on the back of...
Facebook Linkedin Twitter
© LNGPrime.com
We use cookies on our website to give you the most relevant experience by remembering your preferences and repeat visits. By clicking “OK, I Understand”, you consent to the use of ALL the cookies. For more information, please read our Privacy Policy.
OK, I Understand
Manage consent