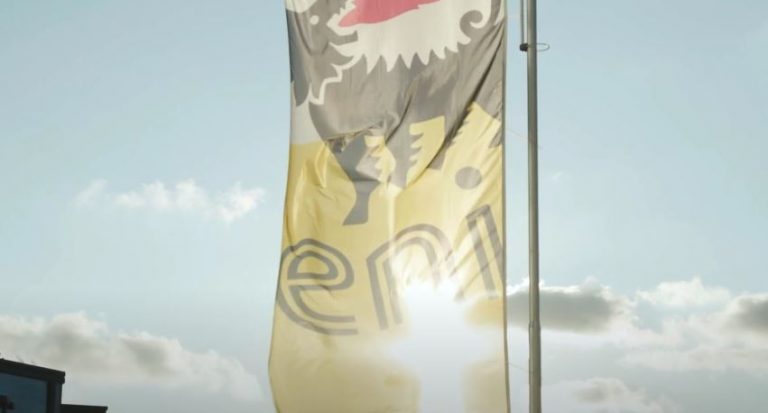 QatarEnergy has chosen Italy’s Eni as a partner for its giant LNG expansion project which will boost Qatar’s LNG export capacity by 32 million tons per annum.

The state-owned firm selected Eni to join its massive LNG expansion project in Ras Laffan following a request for proposals.

This is the second partner to sign a deal with QatarEnergies for the North Field East (NFE) expansion project following an agreement with France’s TotalEnergies revealed on June 13.

Qatar’s energy minister and chief executive of QatarEnergy, Saad Sherida Al-Kaabi, and Eni’s CEO, Claudio Descalzi, signed the partnership agreement for the creation of the new joint venture company during an official ceremony on Sunday, according to a statement by Eni.

The JV would hold 12.5 percent interest in the entire NFE project, including the 4 mega LNG trains with a combined capacity of 32 MTPA, Eni said.

This project will expand Qatar’s LNG export capacity from the current 77 Mtpa to 110 Mtpa.

A $28.75 billion investment, NFE would start production before the end of 2025 and would deploy technologies to minimize overall carbon footprint, including carbon capture and sequestration, the statement said.

Eni said the agreement marks the completion of a competitive process started in 2019 and has a duration of 27 years.

It is a strategic move for Eni, which expands Eni’s presence in the Middle East and gains access to a world leading LNG producer, detaining among the largest natural gas reserves in the world, it said.

In his remarks during the ceremony, Eni CEO Descalzi said that, “as a newcomer joining this world leading LNG project, we feel the privilege and the responsibility of being a strategic partner of choice for the State of Qatar.”

“This agreement is a significant milestone for Eni and fits our objective to diversify into cleaner and more reliable energy sources in line with our decarbonization strategy,” Descalzi said.

This announcement comes just a day after Eni revealed that the 3.4 mtpa Coral Sul FLNG had received its first gas supplies from the Coral South reservoir offshore Mozambique.

QatarEnergy said in a separate statement on Sunday that “more partners are slated to join the NFE project, and the relevant announcements will be made soon.”

Besides these two firms, several media reports said that other partners include Shell, ExxonMobil, and ConocoPhillips.

Reuters also recently reported that China’s CNPC and Sinopec were in talks to take a part in the giant development as well.

The state-owned firm is developing a second phase to further boost capacity to 126 Mtpa by 2027 as well as additional expansions.

QatarEnergy and its unit Qatargas are also working on a giant fleet of LNG carriers to support this expansion and the firms already completed the first contracts in China and South Korea, with many more to come.

US floating LNG player Excelerate Energy has signed a letter of intent with South Korea's Hyundai Heavy Industries for...

Singapore's Keppel Shipyard continues to progress with the conversion works on the 2.5 mtpa Gimi FLNG and the vessel...

Houston-based McDermott has won another contract from QatarEnergy for the offshore part of the giant Qatari LNG expansion project. The...

State-run QatarEnergy has signed deals for seven LNG carriers with an Asian consortium, completing the next batch of charter...

Eni buys Exmar’s Tango FLNG to deploy it in Congo

Italian energy giant Eni has signed a deal to buy Exmar's Tango FLNG and plans to deploy the unit...

US shale gas producer Chesapeake Energy will supply natural gas to the Golden Pass LNG terminal under a new...
Facebook Linkedin Twitter
© LNGPrime.com
We use cookies on our website to give you the most relevant experience by remembering your preferences and repeat visits. By clicking “OK, I Understand”, you consent to the use of ALL the cookies. For more information, please read our Privacy Policy.
OK, I Understand
Manage consent